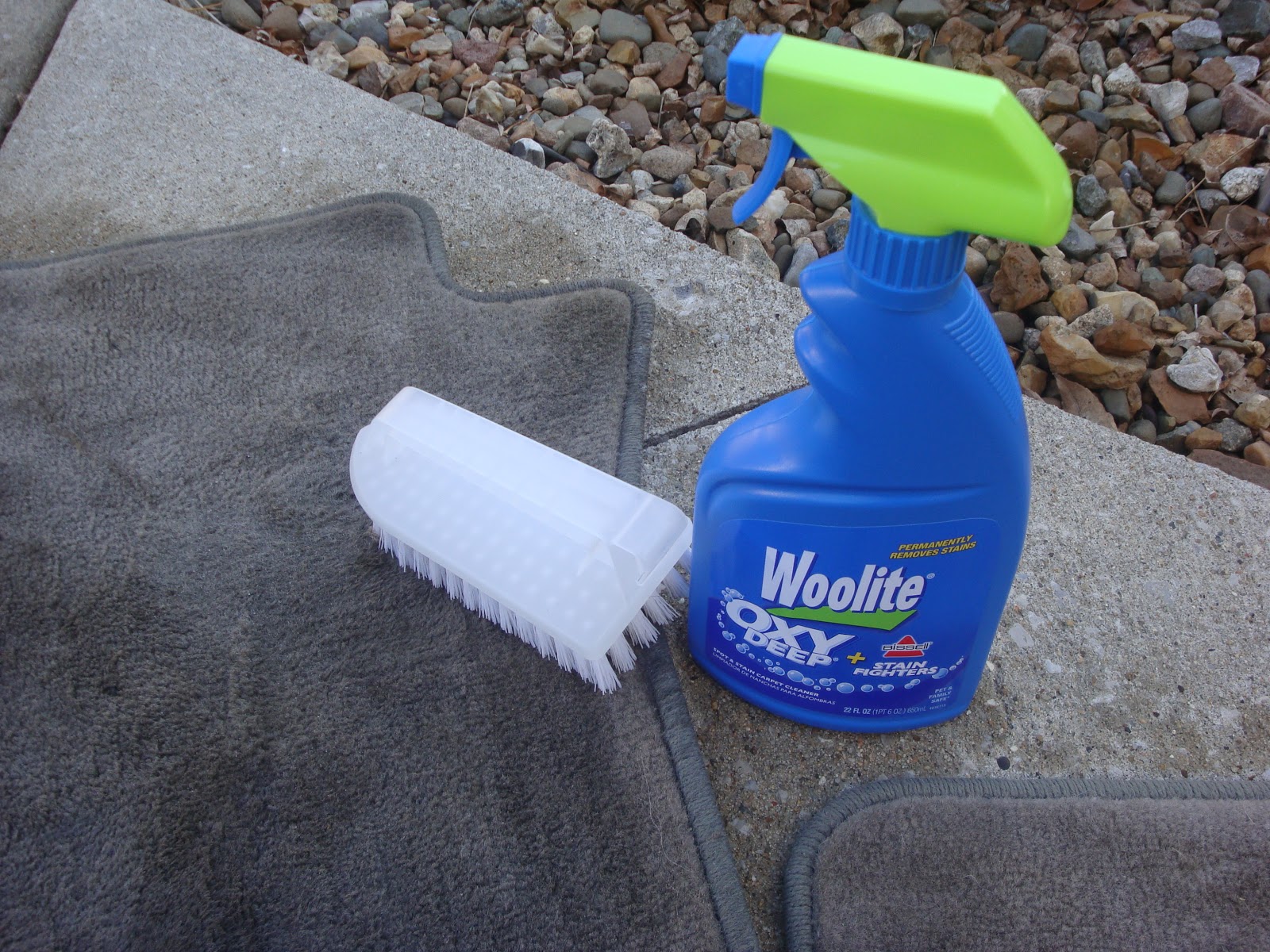 When its sunny and 70 in November, a cup of coffee is all I need to get moving!  I got a few projects done today, but the first thing I tackled was cleaning out my car.  Since I will be spending a lot of time in my car in the near future, and it has already been to the mechanic for a tune-up, I thought she could use a good cleaning.

I will spare you pictures of me vacuuming, Clorox wiping, and Windexing every possible surface in my car, but this portion of my car clean out made me a believer in Woolite carpet cleaner - and they aren't even paying me to say this!

Take a look at my disgusting floor mats. 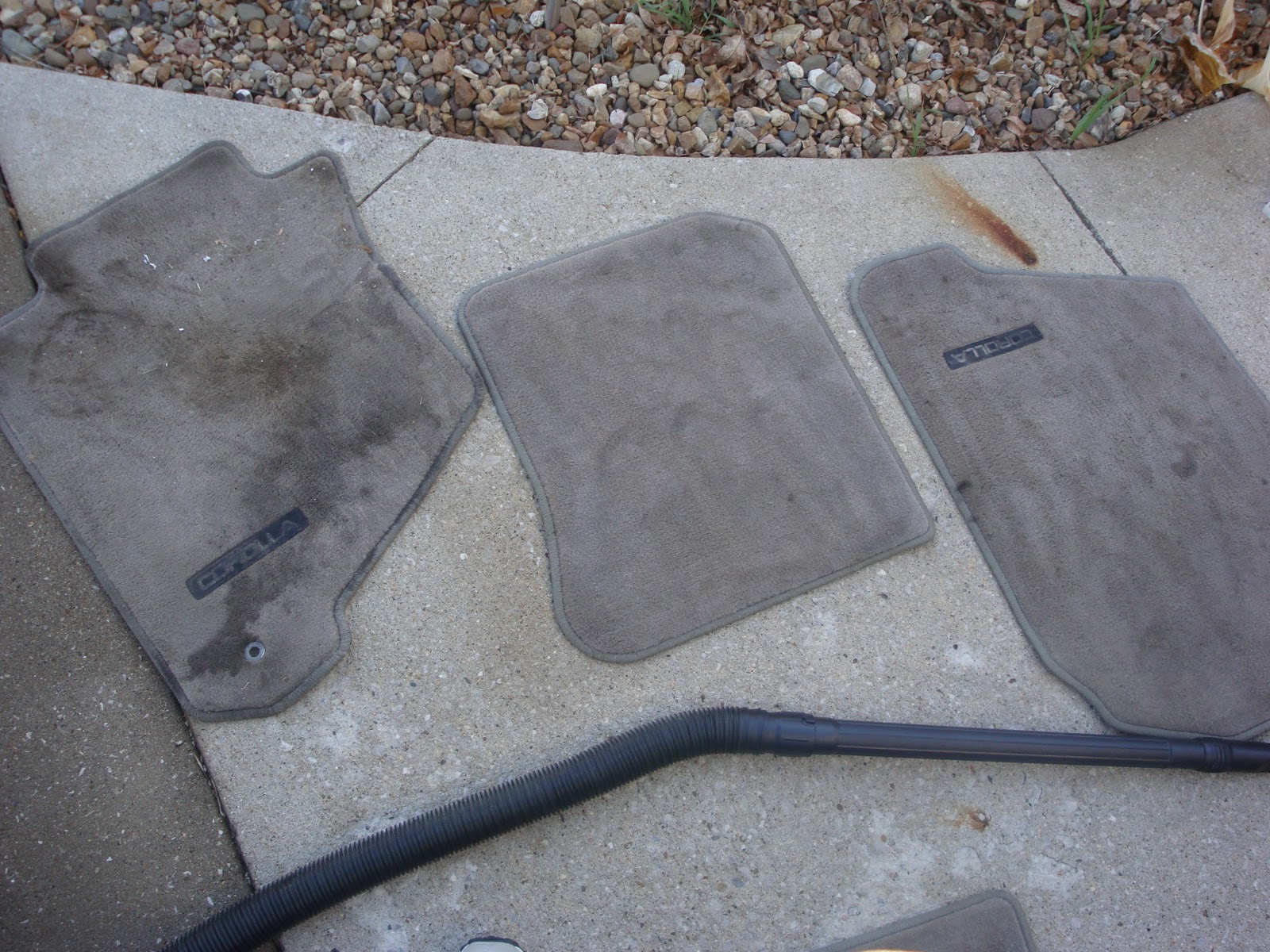 Afterall, my car is a 2001, making this it's 11th Birthday!  And she (Addy Corolla) has in general taken her birthdays in stride, but she clearly wasn't using a good skin car routine when it came to her mats. 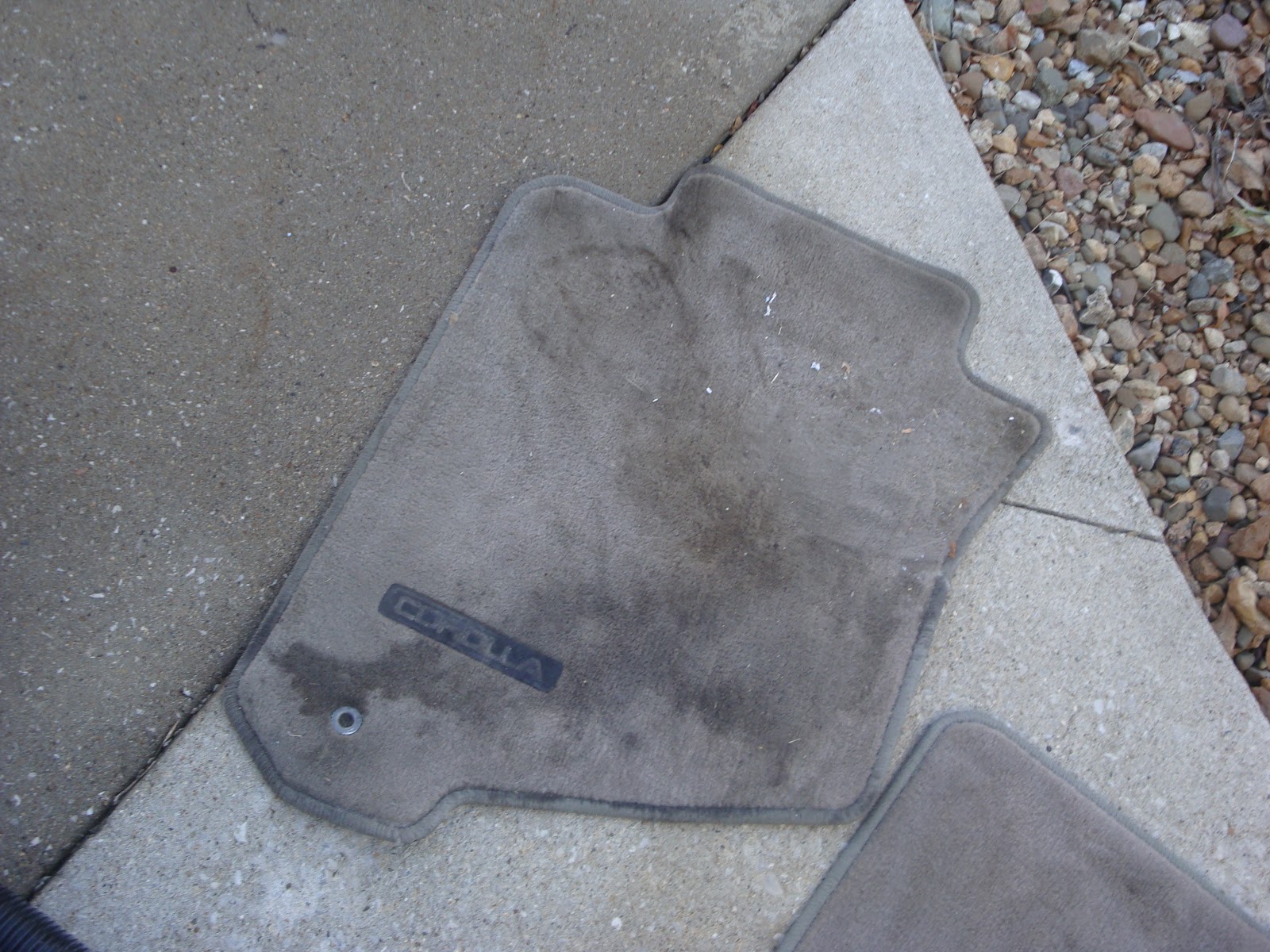 This is my driver side mat up close.  Likely stained from my shoes tracking in lord knows what. 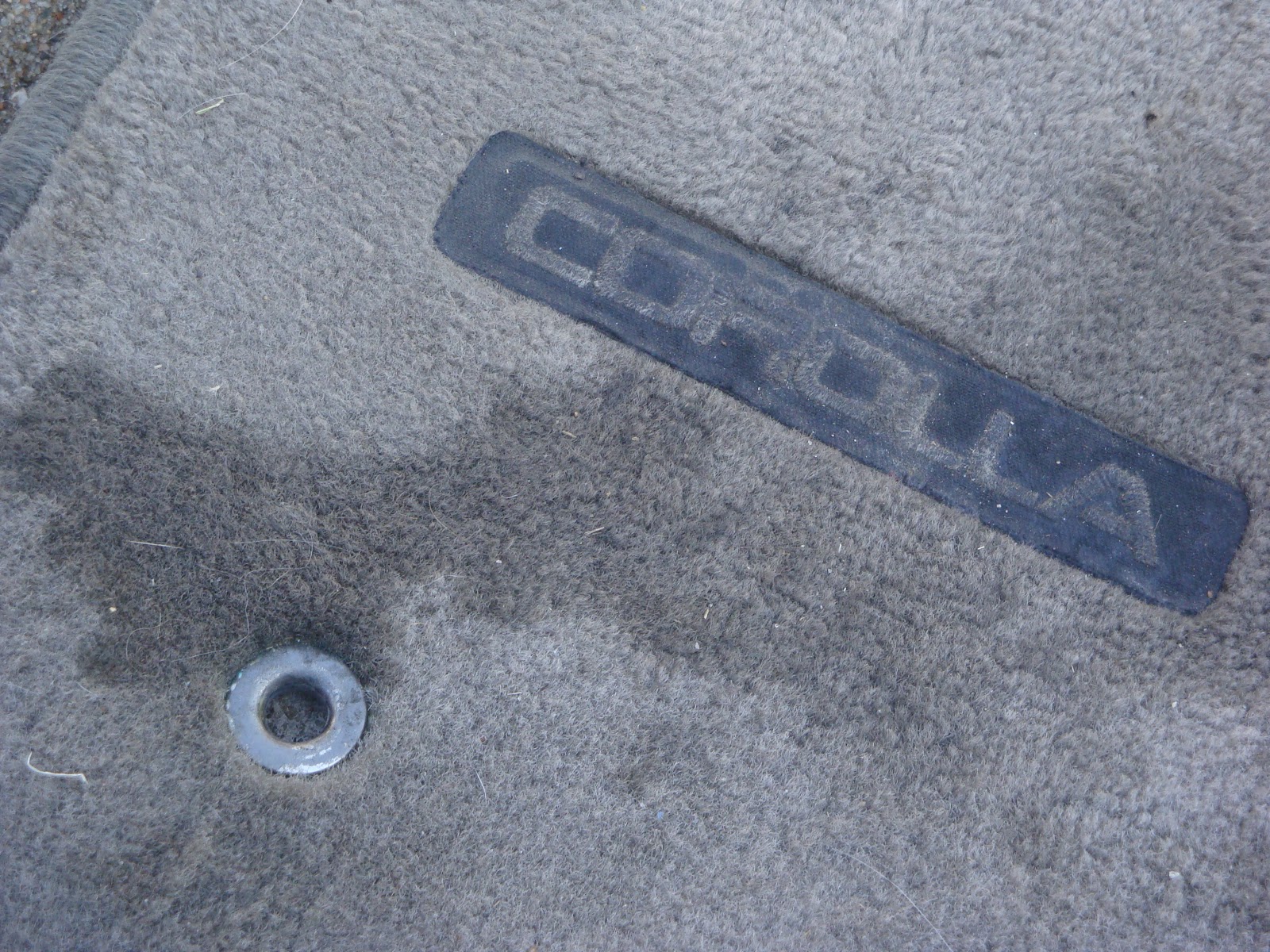 Prior to vacuuming (exfoliating if you prefer). 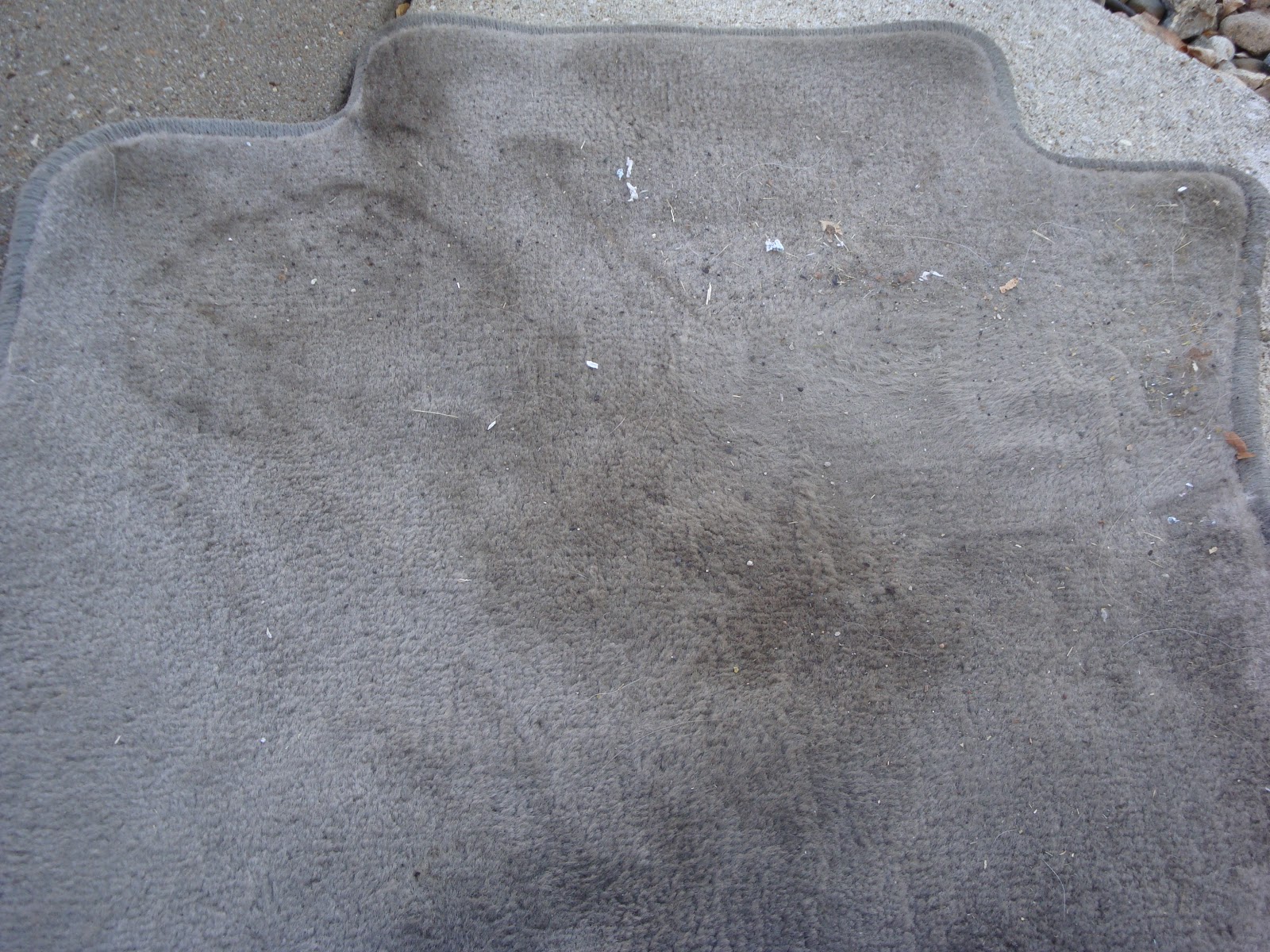 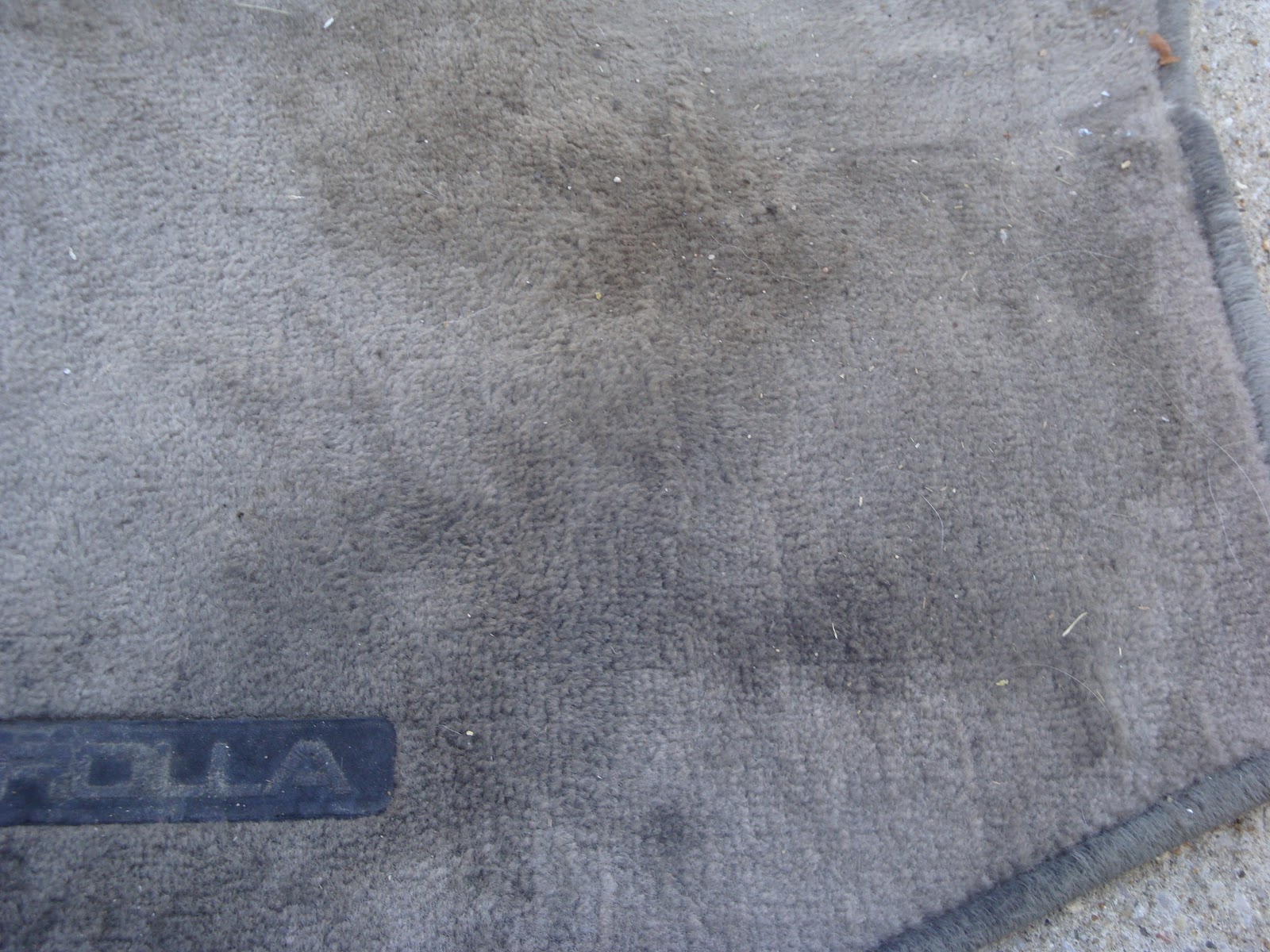 Vacuuming didn't do enough to bring back her youth. 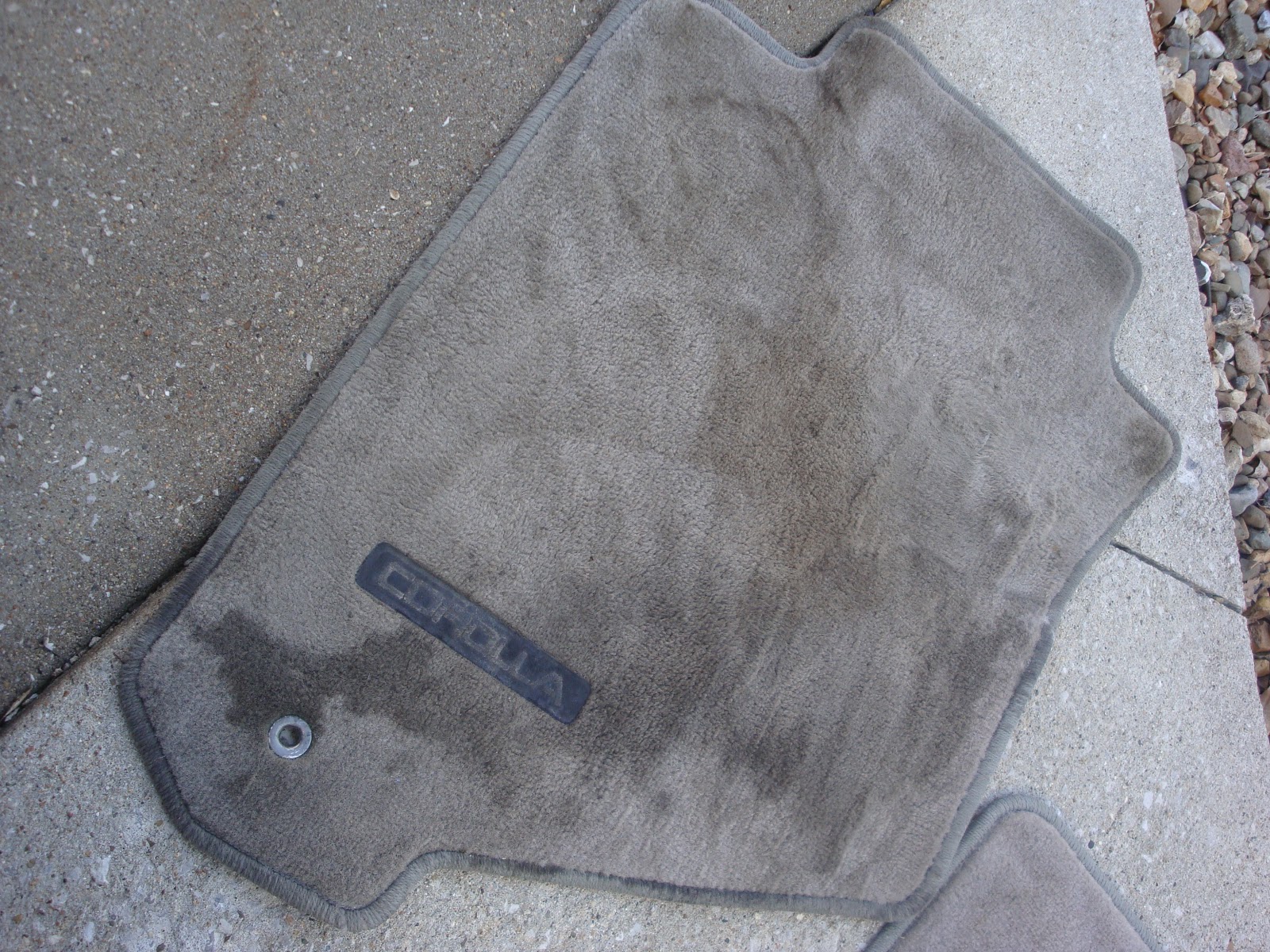 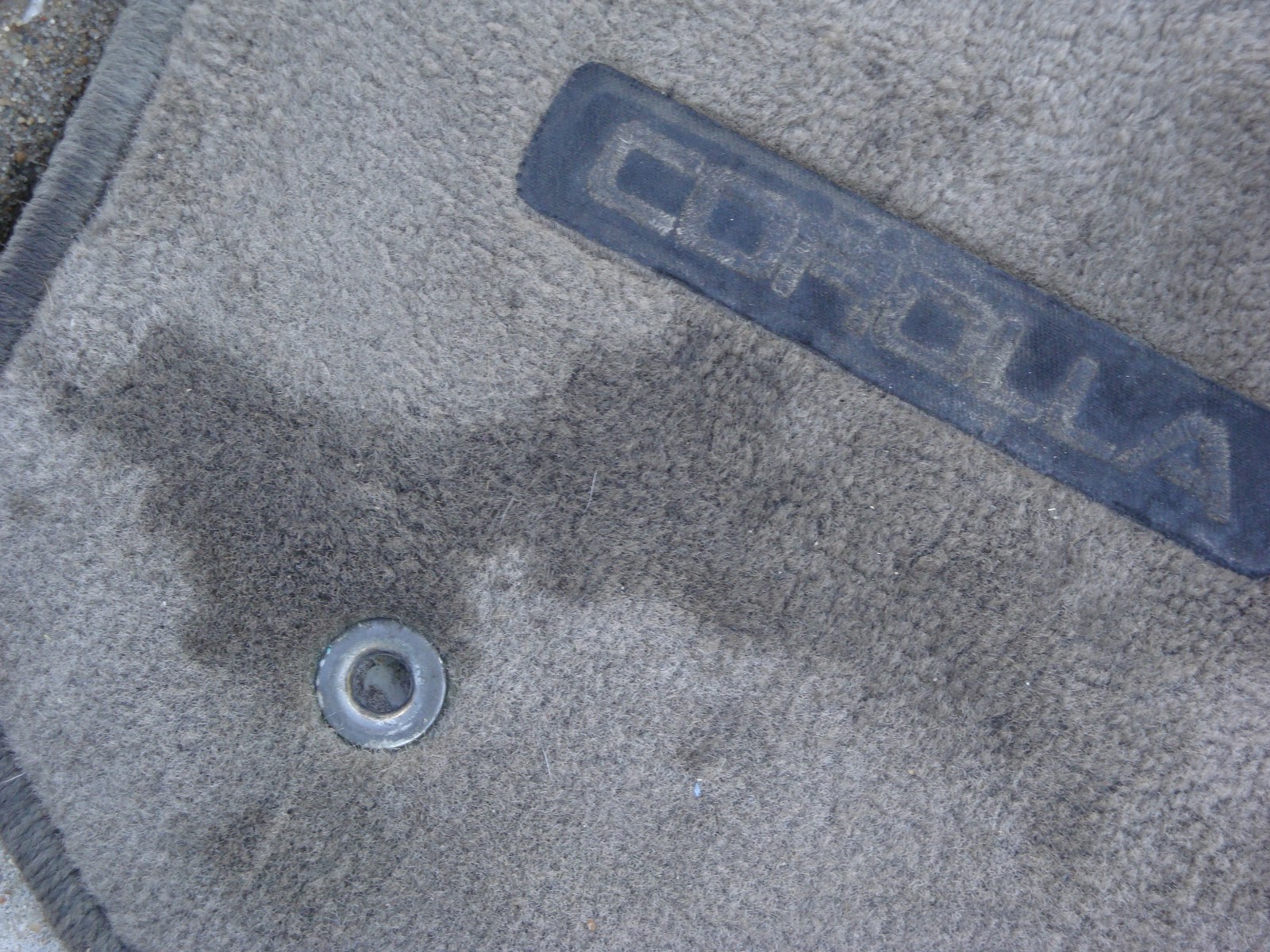 I even found this peculiar stain - likely from a skittle or an M and M.  After 11 years, there were no clues as to the actual culprit. 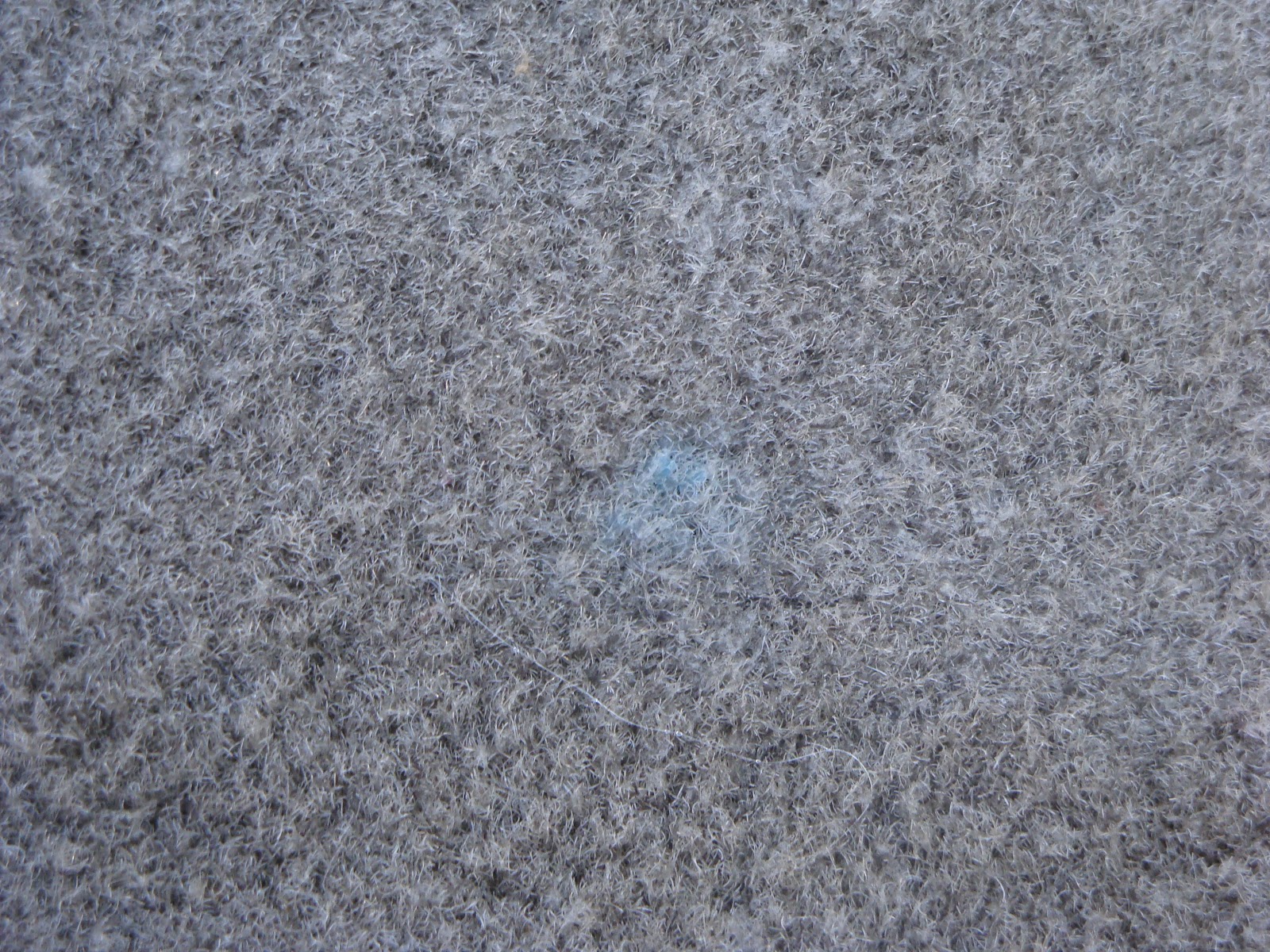 So I had already gone inside to find whatever carpet cleaner we had that I thought might do the job, and found Woolite Oxy Deep under our kitchen sink.  I had used this stuff on our microfiber couch in the past with great results, so I thought, Why not?
If all else fails, I could always lug my big carpet cleaner outside...please no. 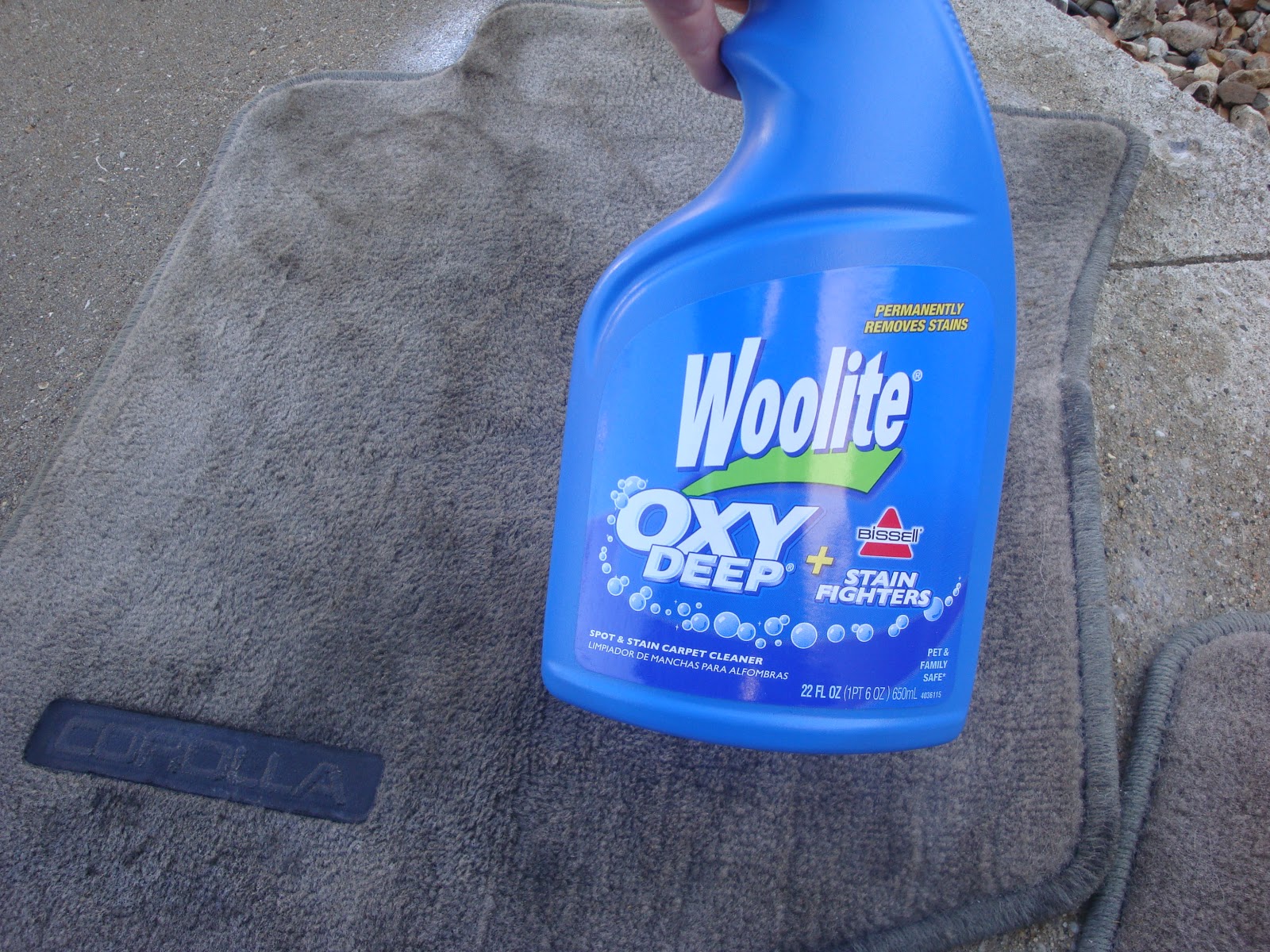 Like a good girl, I read the directions first. 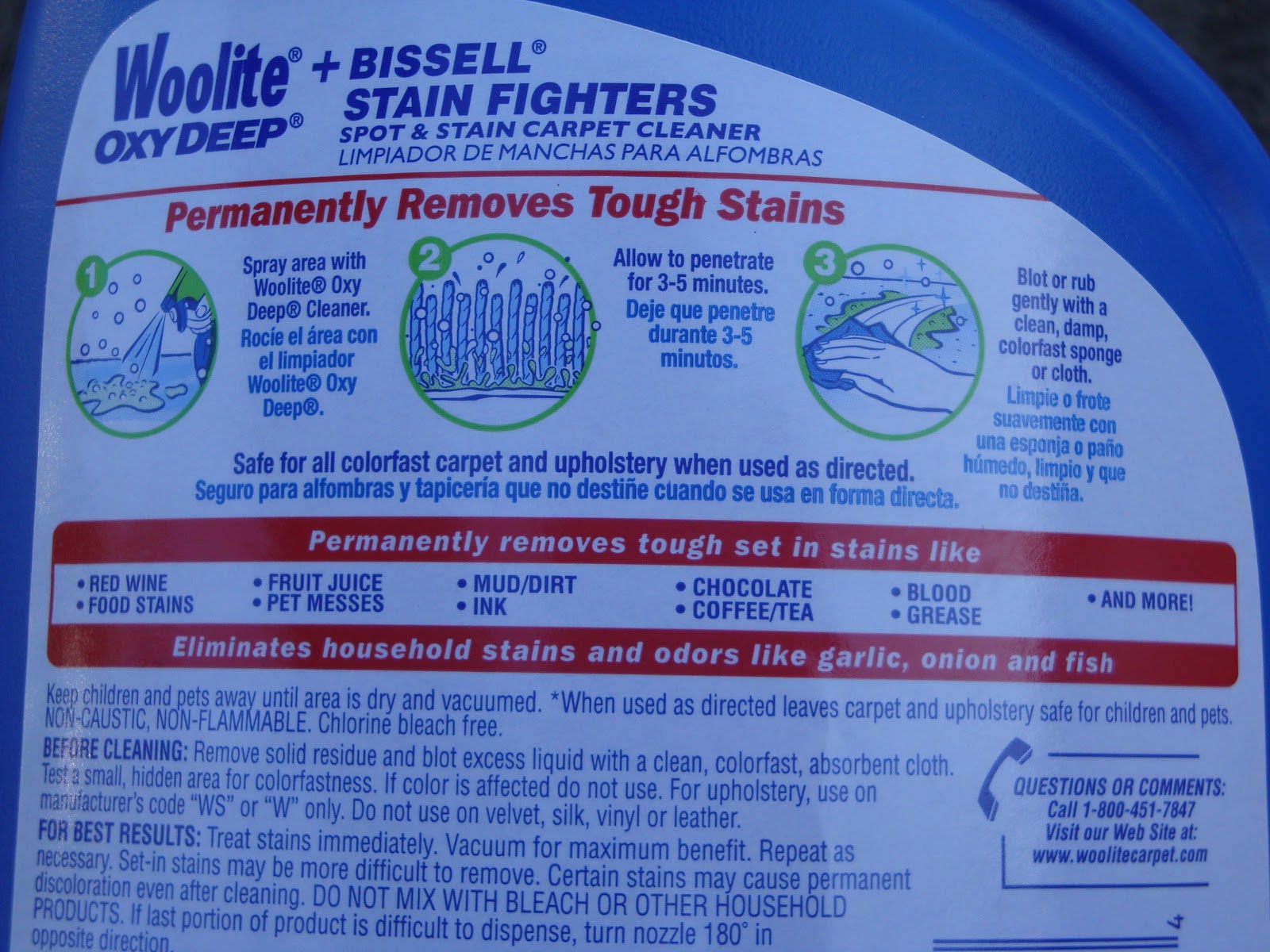 We all know that last bit was a lie.  I had already sprayed the heck out of those mats when I decided I should probably read the directions, but for the sake of the blog...here I am "spraying" the mats.
(You can even see where I went all out in the top right corner to really get it well soaked!) 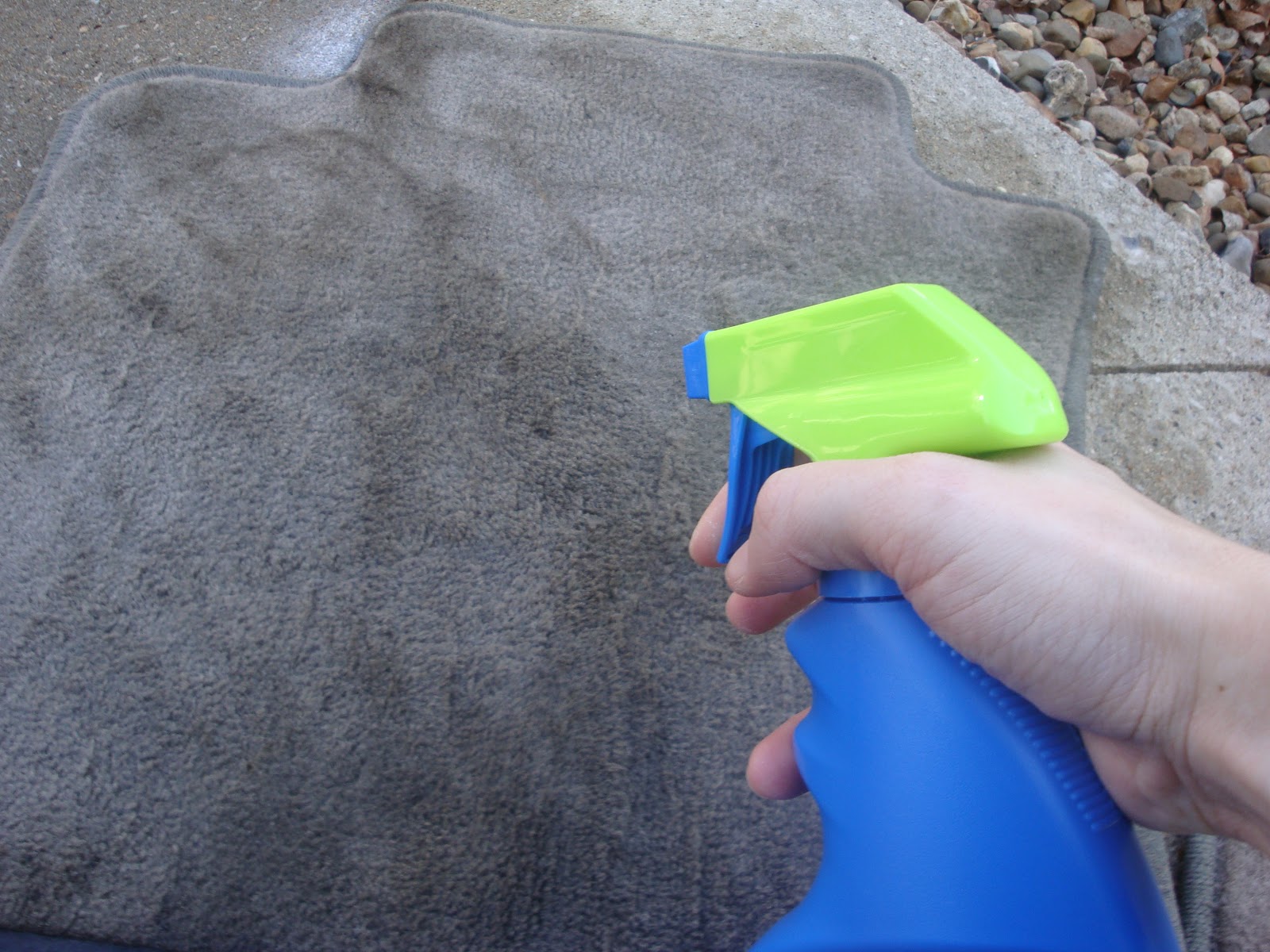 Even without any elbow grease, you could see definite improvement! 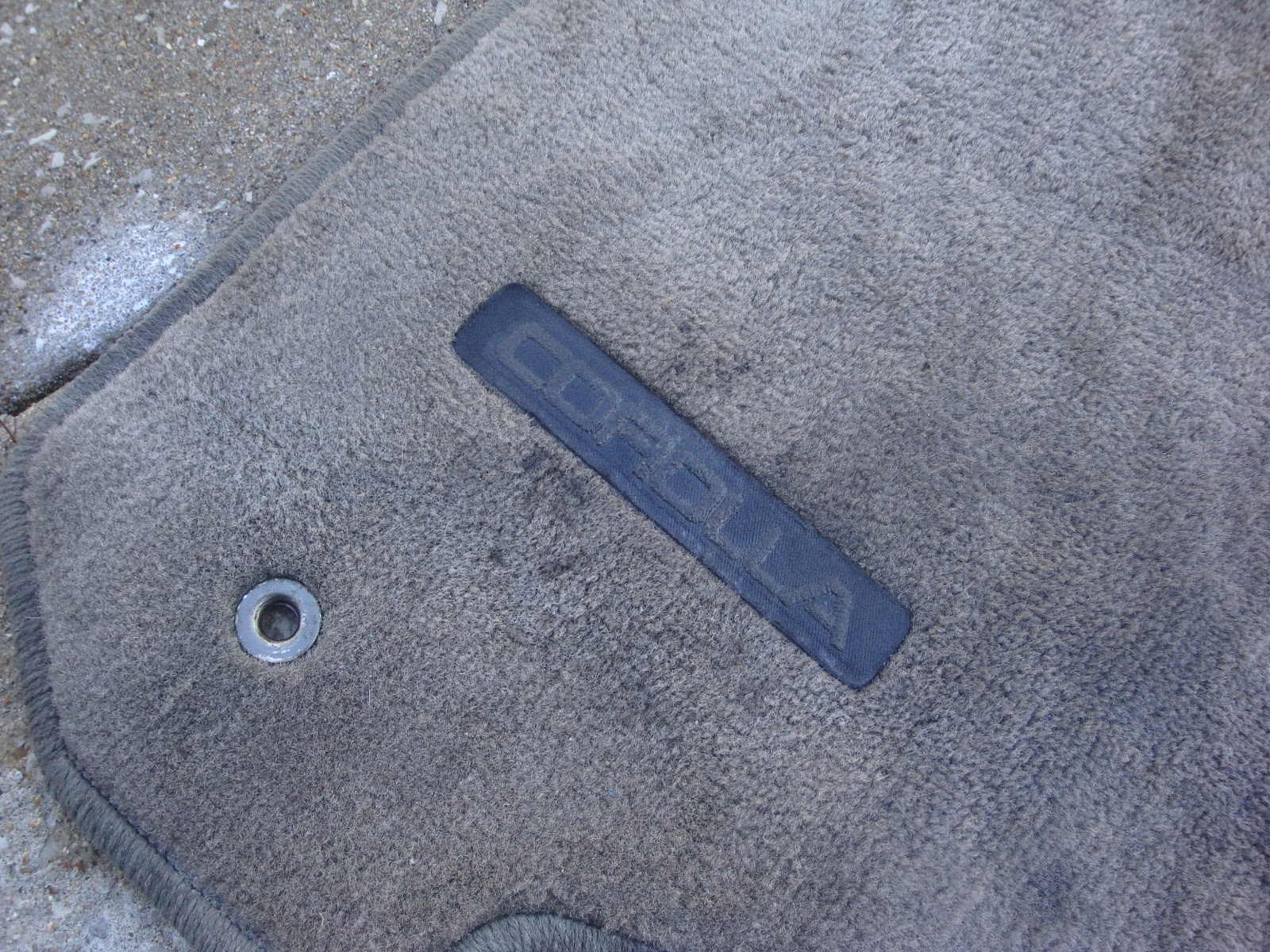 I put my muscles to use, using a cheapo Target scrub brush that I already had to work in the cleaner, focusing on the remnants of any stains with a little elbow grease. 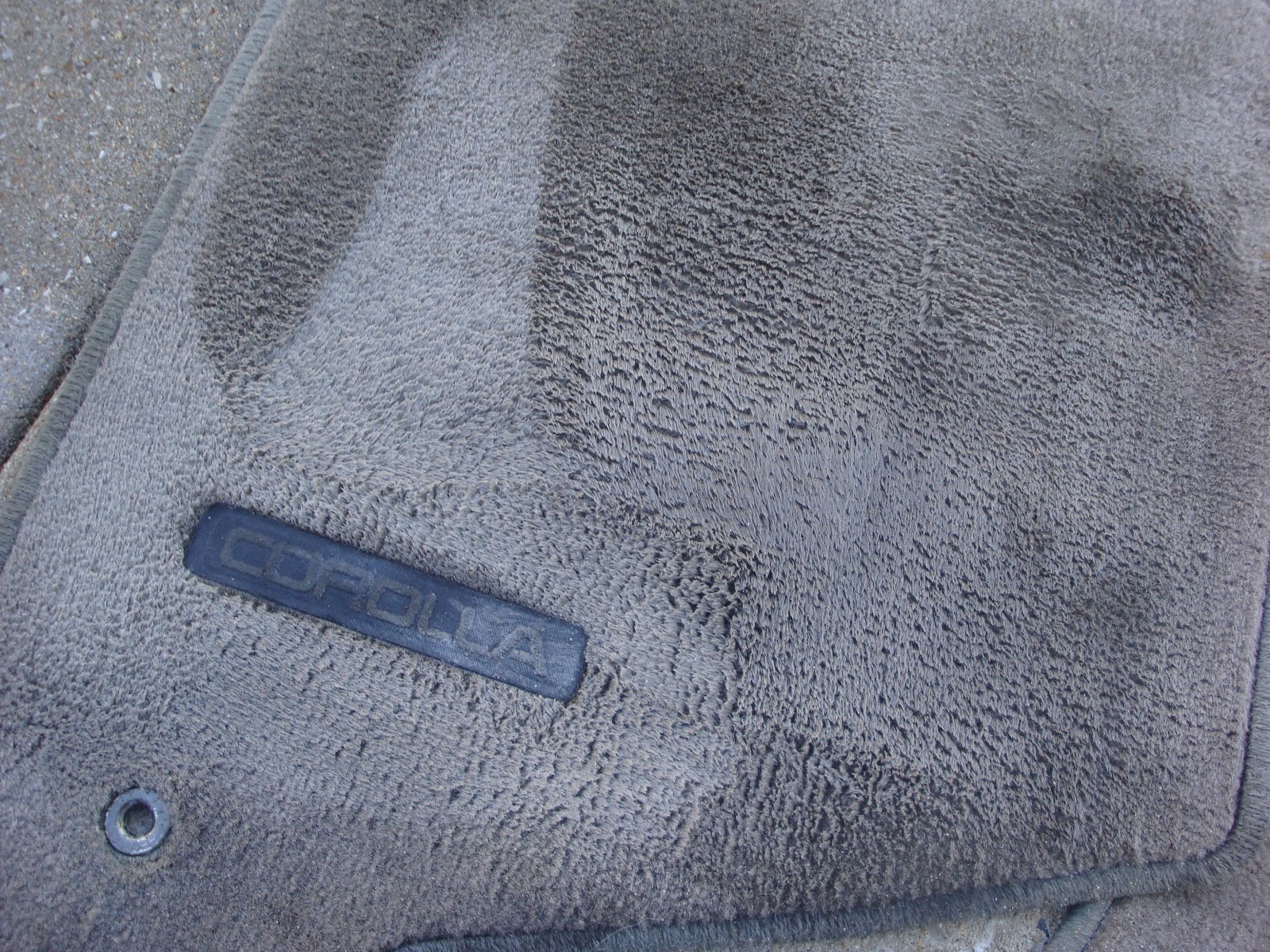 Then I left the floor mats out to dry in the warm November air (bet I can't write that again anytime soon). 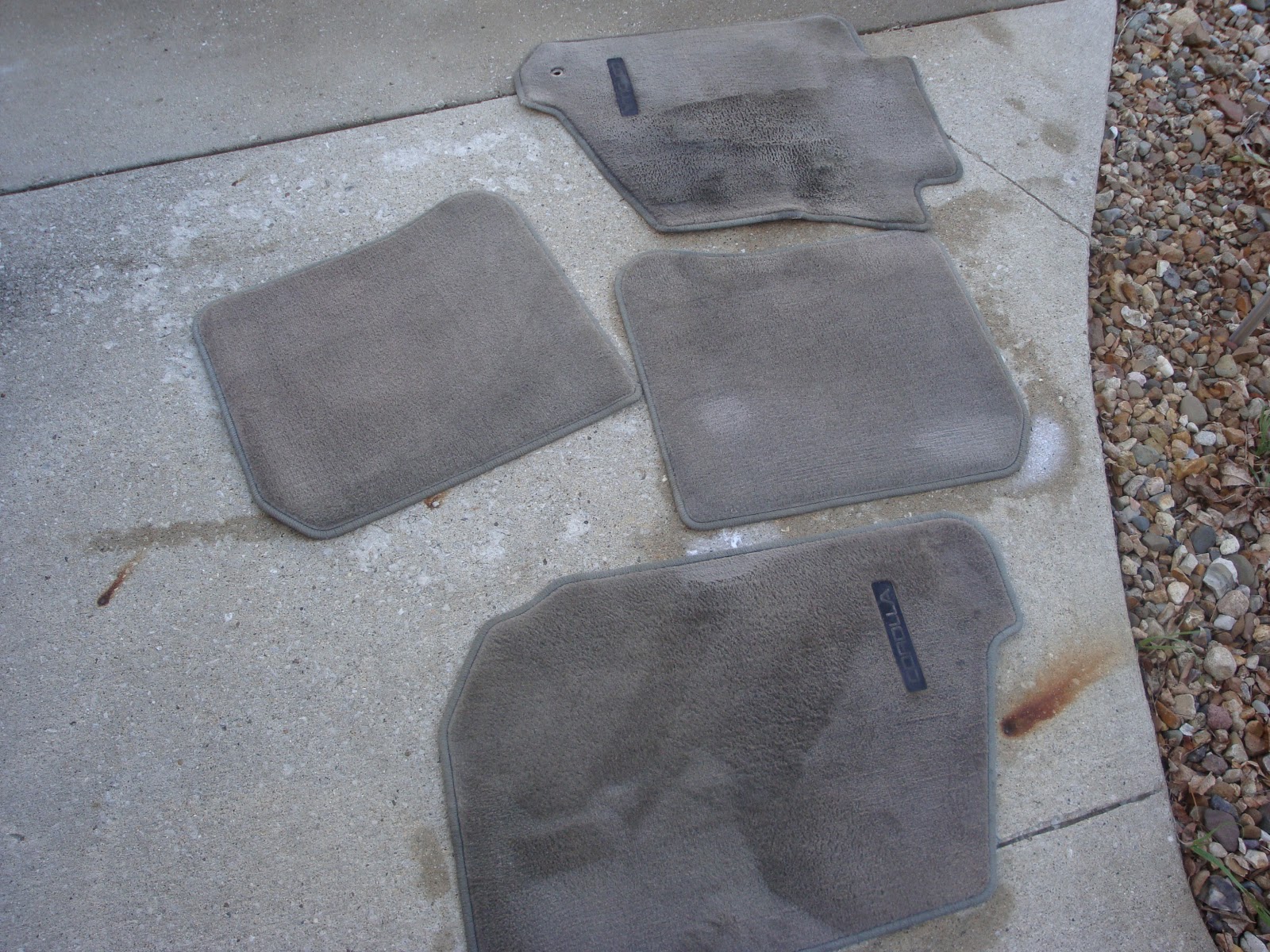 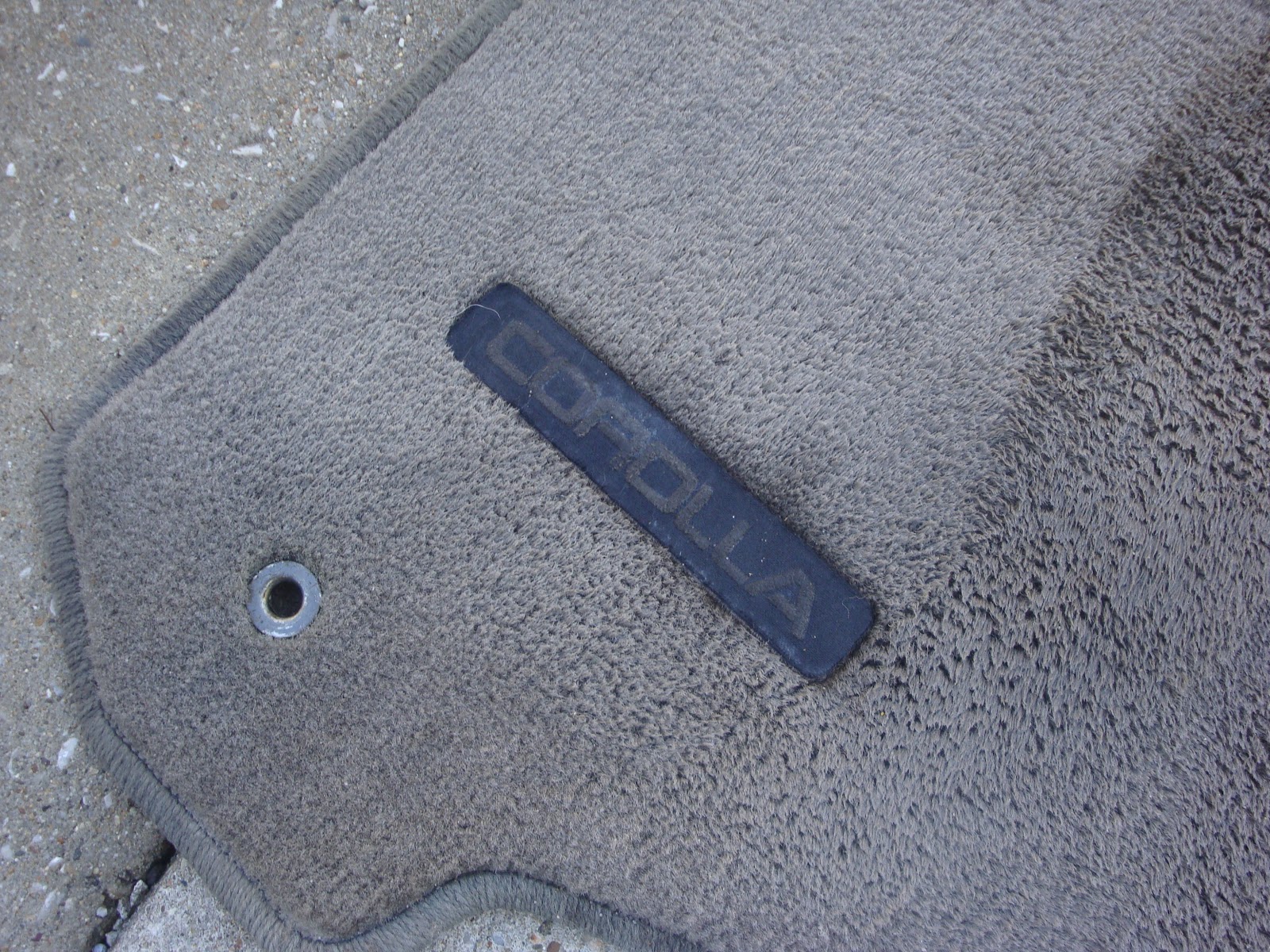 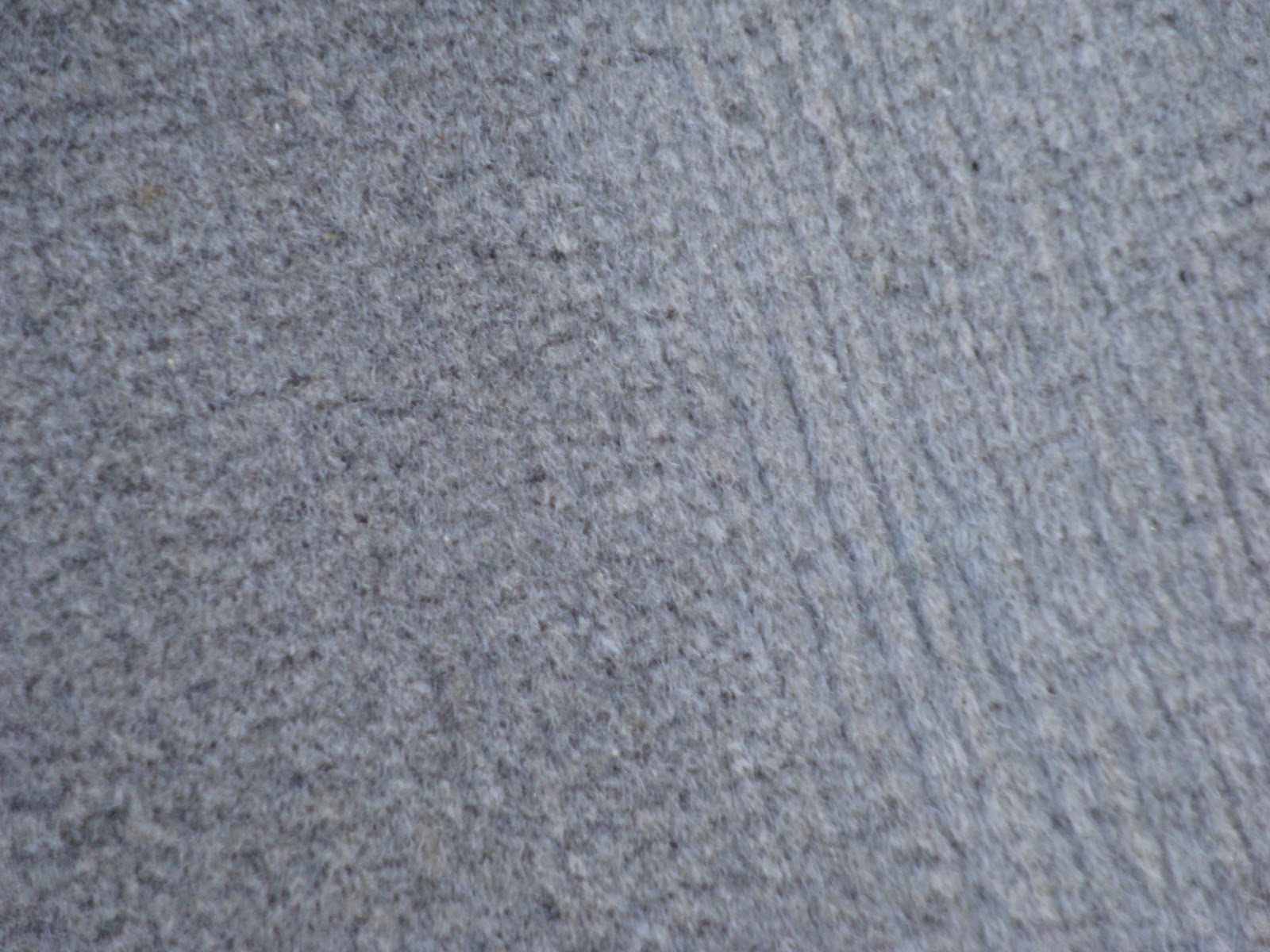 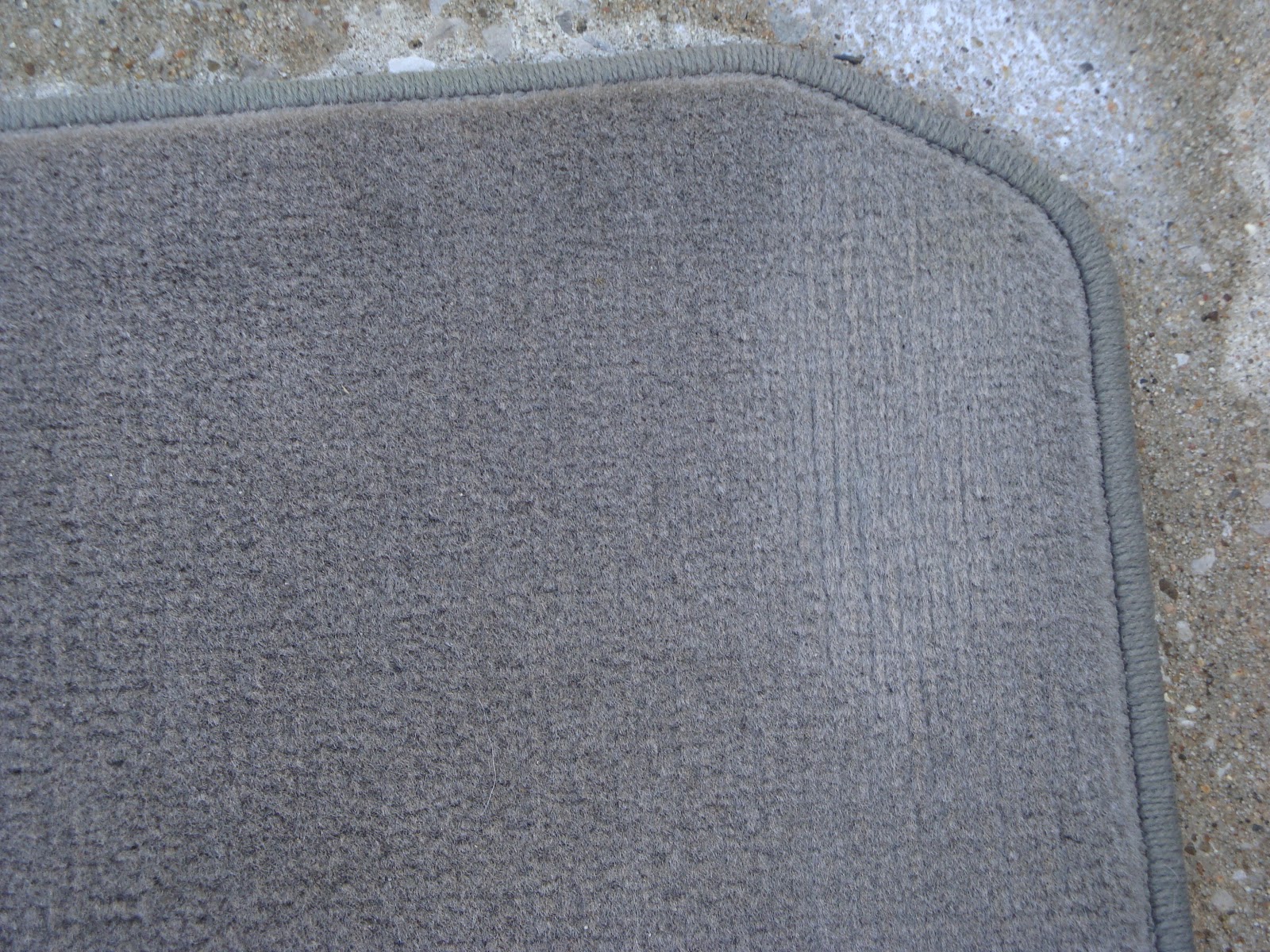 I did the same treatment to my car, cleaning out stains that had been there for who knows how long and tackling some coffee and pop that I maybe had something to do with recently.  My car smells like new AND  looks like new!  Her facelift makes her look like a million bucks!

Total Cost: FREE!
Already had the cleaner and brush on hand.
If you had to buy the brush and cleaner, probably less than $5 altogether.  Which is MUCH cheaper than having your car detailed for around $150.

I highly recommend the Woolite cleaner, but one disclaimer, my car smells VERY STRONGLY of Woolite now, even after airing out with the doors and windows open for several hours.  This could be because you were supposed to "blot" where you had sprayed after scrubbing it in, but that would be following the directions, which I'm still learning how to do at 26 years old.  My dad would have probably chuckled at that since he always researched everything to the 9th degree, but I guess I get the "do first, then read the directions" from my mom.  Can't wait to show you my "new" FREE car mom!

*Update: The next day, my car still had the slight smell of Woolite, but it smelled more like new car than anything!  We even traveled in my car more than 15 hours in two days and the smell was not overpowering by any means!